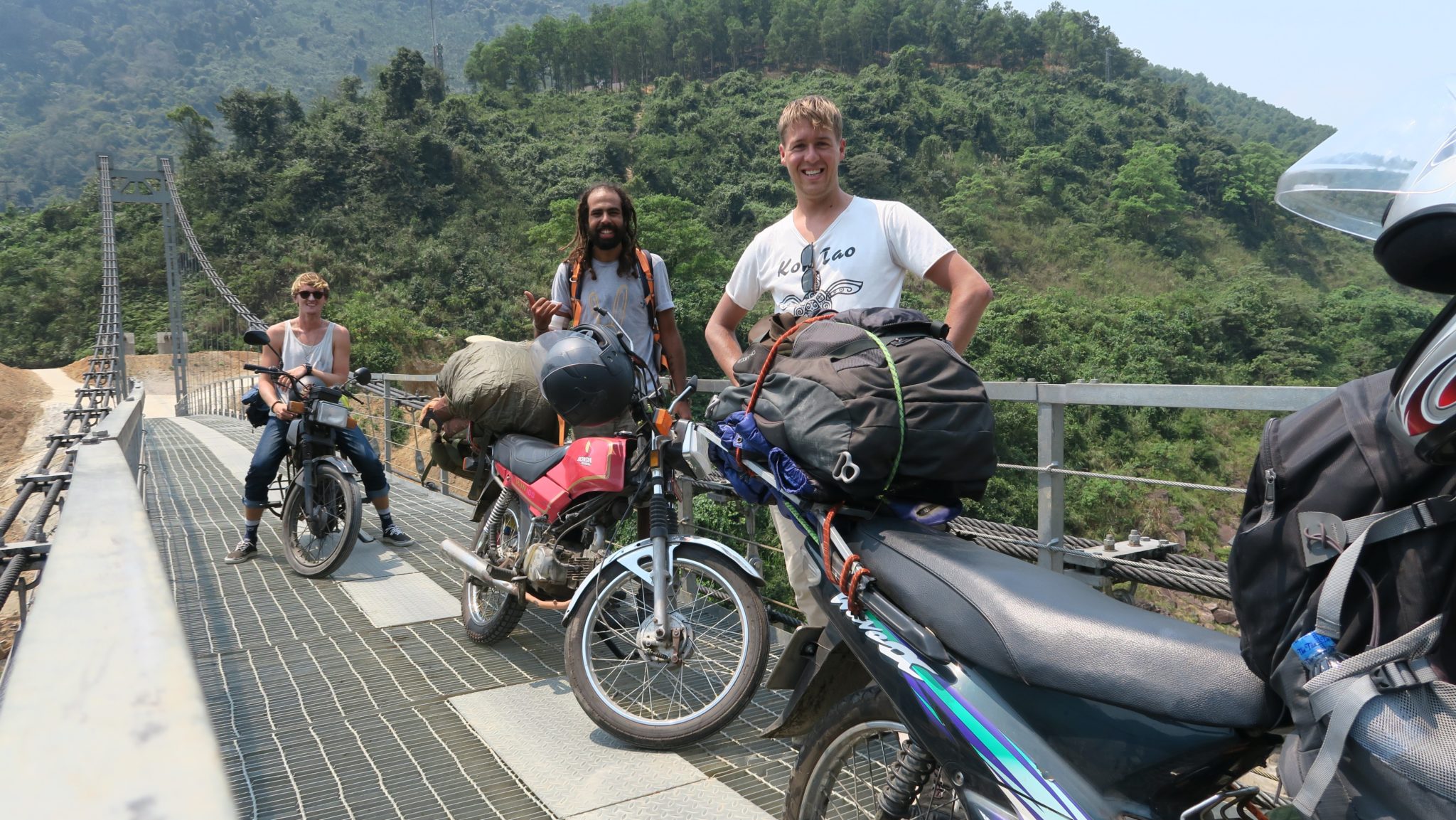 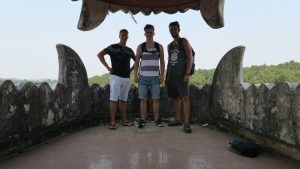 After the great drive over the Hai Van Pass and through rice fields, I arrived in Hué. This time, having chosen a hostel near the busy tourist district of town, it was easy to meet some fellow travelers and explore the city together.

The city offered some nice choices for food and a bustling nightlife, compared to most places I’d visited before. I decided to stay for 2 days, one of which was spent exploring the old imperial palace and a very weird attraction: an abandoned waterpark. 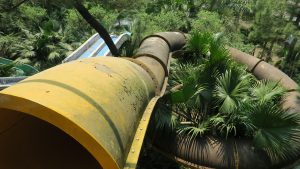 The jungle has taken over the slides

This was one of the most bizarre places I’ve been to. A lake just south of Hué was used to build a waterpark back in 2004. However, the park was never fully finished and opened only for a few months before closing down permanently. No one has really claimed responsibility for it since and the park has been taken over by the forces of nature. Algae, plants and fish have inhabited the swimming pools. The jungle has enveloped the slides. A local thought he’d make some extra money for the day by claiming to be charging an “entrance fee” of 10,000 VND. I saw through the ruse though and just drove past on my bike. Being able to drive around on our bikes was one of the advantages of the park being abandoned, as the attractions were quite far from each other. We took a few shots here and had a laugh at the old equipment and general awkwardness of the whole place. 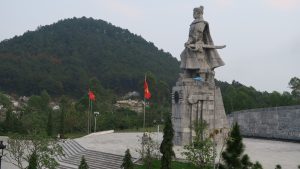 The imperial palace and old city of Hué has been mostly restored recently. It was the scene of a big battle in the Vietnam war and as such, mostly destroyed. It’s still a nice place to visit though, although the heat can really get to you here if you go in the afternoon. And so, we decided to have a beer on the beach afterward, stopping at some giant monument of a man with a sword on the way there to take some pictures. 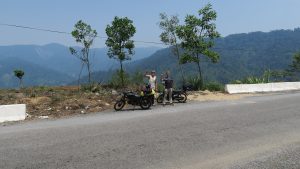 When returning to the hostel I met Maciek, from Poland, who was also doing the motorbike trip of Vietnam south to north. And so, we decided to ride together for a while, starting the next day. Our next stop would be Khe Sahn, a small town on the Ho Chi Minh trail, for an overnight rest on the journey to Phong Nha national park. In Khe Sahn we another fellow biker, Mansour from Egypt. He’s doing an amazing thing: traveling Asia for one year on a budget of just $2,500! I’m ashamed to say I’ve managed to spend that in a month at some point and can barely imagine living on less than $1k per month, let alone $200… That really changed my perspective on traveling on a budget. I always considered myself to be quite frugal, eating a lot of local food, sleeping in hostels etc. But no, that’s just pure luxury compared to his sleeping in tents and cooking his own food he buys at street markets. 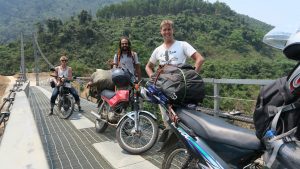 On the road to Phong Nha, with Mansour and Maciek we passed this scary see-through bridge and just had to cross it on our bikes…

The road to Phong Nha national park was long, abandoned, windy and it was very hot. However, it was also one of the best, most beautiful parts of the whole journey! Driving through the mountains, with some of the best sights you can imagine, just never gets old. What makes doing this journey by motorbike so great is the fact you visit places no other tourists go to. The few villages we passed through were completely reliant on agriculture and living off the land, not tourism. The people are genuinely surprised by visiting tourists and very friendly and interested in meeting you. When changing my bike’s oil in Khe Sahn, I was invited to have dinner with the mechanic and his colleagues/family. Even though they don’t speak a word of English, this is a lovely experience for both.

Phong Nha itself was very different though. The town was obviously changed by tourism, with many hostels, hotels and restaurants. The reason for this is that Phong Nha is home to the biggest caves in the world. The ones you can visit easily (and I did) are Paradise Cave, Dark Cave and Phong Nha Cave. But the biggest caves are only accessible through private, multiple day, treks, costing $3,000 per person! Dark Cave is a fun place, with a zipline to enter and a mud bath in the dark. The other caves are very pretty, with large stalactite formations. 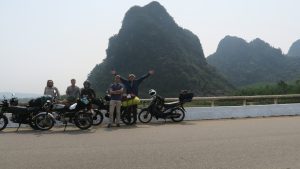 And then we were five…

While in queue for buying a ticket to one of the caves, I met Alex, from the US, whom I met earlier in Ho Chi Minh City. He’d been traveling with two other guys, Jony (Dutch, like me) and Jacob (from Lithuania and an internet entrepreneur as well). As they were also going to the north together, we decided to all group up and for the next few days my crew would be five strong (Mansour left for Hanoi): Maciek, Alex, Jony, Jacob and me.

Our next stop would be Vinh, while driving further north in the direction of Ninh Binh.

More pictures from this part of the journey here: https://goo.gl/photos/1wHjz3tQ4f51rAYd9