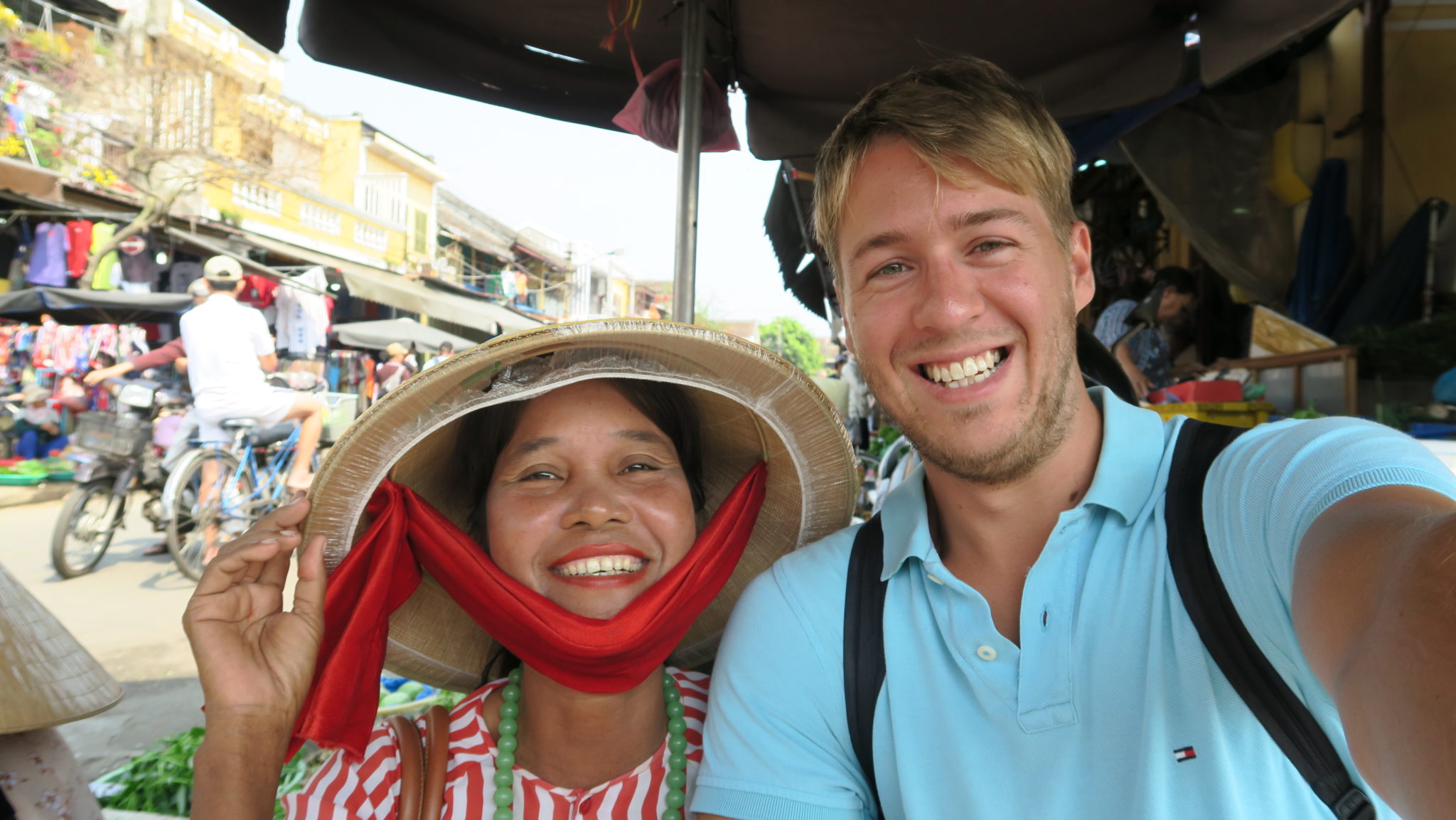 Hoi An would be the first place where I’d meet another friend from Chiang Mai, Jack, from Poland. Although he was there for only one night, we had a good time drinking and playing games with fellow travelers at his hostel.

The town itself was a huge change from the places I’d visited the days before: extremely touristy. But, for a good reason. Hoi An’s Old 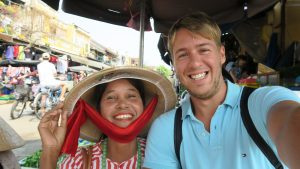 Town is beautiful and has this magical Old-Asia feeling to it. Although, the locals are mostly there for only one reason: to sell you something. Even taking a picture isn’t always free…

After strolling through Old Town and resisting the temptation to buy something every 5 minutes, a nice meal with super cheap draft beer ($0.2!) by the river was a nice relief. Although I’m sure I would’ve met more fellow travelers if I’d stayed out in the popular backpacker’s hostels, I was glad to get out and return to my homestay in the far north of Hoi An. The distance was large enough that I needed my bike to get to town and back. 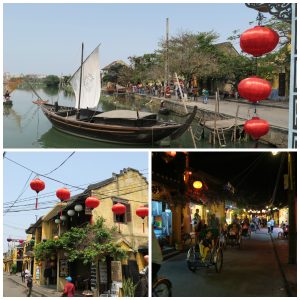 Later I hopped back on the bike to visit the ruins of My Son, an ancient complex that’s been mostly destroyed by the Americans in the war. Although nice, it was barely worth the long drive from Hoi An to get there. Besides, it was a very hot day, not exactly ideal for wandering in the sun through a large ruin.

When I came back to town I decided to try out a restaurant called Morning Glory. I had a variation of Dim Sum, followed by a salad with grilled duck and a fried banana dessert. Combined with some glasses of important wine from France and Australia, this was possibly one of the best meals I’ve had in Vietnam (Thanks to Chelsea for recommending it!).

As my friend Rick was traveling Vietnam from North to South, we had earlier talked about meeting somewhere in the middle. And so the next day, I was off to Da Nang to meet with him there. 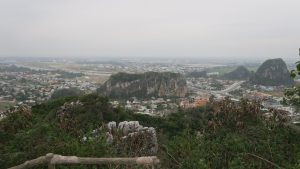 Da Nang, as viewed from the top of Marble Mountain

I was very surprised by Da Nang. It’s a large city with giant roads that, apart from the few main roads, feel quite empty. And it has a beautiful beach that’s also very quiet, especially when compared to Nha Trang. I feel like Da Nang is ready for a million tourists, but the tourists just haven’t found out about it yet. There’s some giant hotels and resorts along the beach, but most of them were empty.

Rick and me decided to check one of the few touristic attractions of Da Nang: Marble Mountains, a temple/pagoda complex built on a mountain right next to the city. It was quite a nice place to visit and the view from the top over the city and the ocean is great! 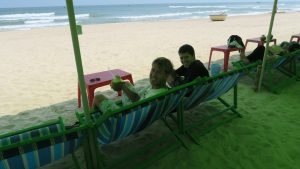 Enjoying a coconut on Da Nang’s quiet beach, with Rick

Another consequence of the low amount of tourists is that prices here weren’t super inflated yet. We enjoyed a local coffee with a Bahn Mi sandwich for just 20,000 VND (less than $1) every morning. I’m sure this will change once Da Nang becomes more popular.

The next day Rick left for Hoi An and I decided to meet up with some other friends who were living in Da Nang for a while. Just like most of us they came here to escape the smoke of Chiang Mai. Ryan, Biron and Noam invited me for a western meal of hamburgers, quite a change from all the rice and noodle soup I’d been eating. And I also decided to hit the gym, something I hadn’t done in far too long. I really miss Crossfit… Definitely getting back into that asap once I’m back in Chiang Mai.

My next destination was Hué, the ancient capital of Vietnam, where the old imperial palace is located and where a major battle was fought in the war. 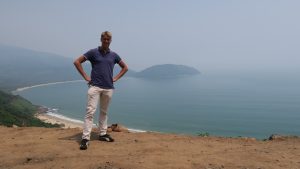 Hai Van Pass, a beautiful view over the ocean.

The ride to Hué would take me over Hai Van Pass, made famous by the Top Gear Vietnam special. While I think there have been prettier sights during my journey, especially in the north, this was definitely one of the best parts of my trip. I decided to extend it even further, by not taking the highway after the pass, but passing through the villages, north of the main road. That was a great decision, as this really made this one of the best days on the bike.

Once I got to Hué, leaving my old friends behind in the South, it was time to make some new friends… More on that in my next post.

For all pictures taken on the journey from Nha Trang to Da Nang, see my album here: https://goo.gl/photos/pCP2TaaSET9ytJwM6