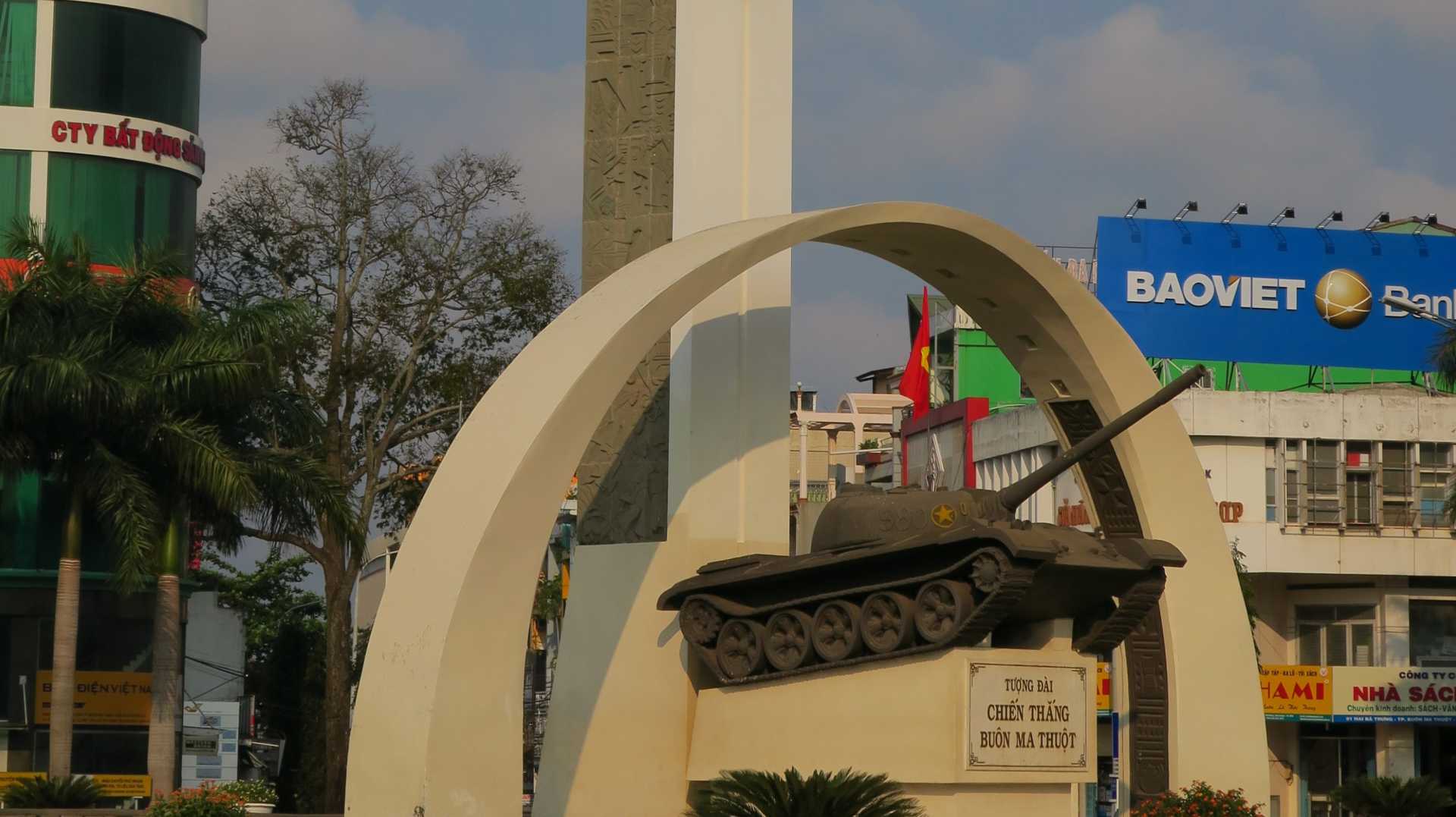 It’s been awhile since I’ve last written a new blog post about my journey through Vietnam by motorbike. But it’s for good reason: I’m enjoying it so much, I’ve hardly taken any time to sit down and write! 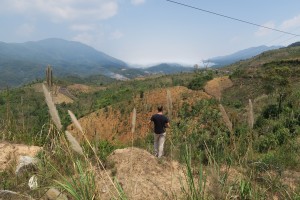 After I left Nha Trang and said goodbye to my friends there, I left the coastal area for a while. Following the advice of fellow travellers, I planned on not taking the busy and boring Highway 1, but move inland and take the Ho Chi Minh Road. It crosses through mountainous terrain and places many tourists skip. Which makes it ideal for the motorbike journey, as you’ll get to see much more of the “real Vietnam”.

Don’t get me wrong, I loved the busyness of Ho Chi Minh City and the lovely beaches of Nha Trang. But there’s something about seeing the locals live their lives and go about their business without all the tourism around it. The first place where I encountered this was my next stop: Buon Ma Thuot. 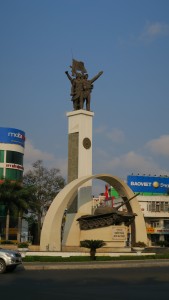 The victory monument in Buon Ma Thuot, one of many symbols of communism in this town.

As I mentioned before, Vietnam was much busier and more populated than I first expected it to be. Buon Ma Thuot was no exception, the place was big. Not some small mountain town with a few houses, but a city with about 300.000 inhabitants. But there was no tourism here, just the Vietnamese, going about their business. As I arrived early in the afternoon, there were still a few hours of light left, so I decided to drive around a bit. What I noticed most was the amount and size of communist symbolism in this town. More so than I noticed before in the country. A giant square, meticulously clean, unlike most of the country, with a large statue in the middle. The road crossing through the town was a giant avenue, with large banners. And in the town’s center, a victory monument, with what looked like a real tank in the middle of it. It felt like being in the USSR in the 1980s. Communism as an economic model has long since been abandoned, but its presence is still very real in the streets of Buon Ma Thuot.

My next stop was again a town without tourism, away from the busy coast: Kon Tum. Just like Buon Ma Thuot, it was much bigger than you’d expect. No large communist squares and monuments here though. A nice stroll on the local market revealed Asian markets to be nothing like the tourist shows they put up in Chiang Mai’s Old Town on Sunday nights. Here, they don’t walk, they drive scooters, just like everywhere else. Except they do so at walking pace, so they can sample and buy the fresh local produce. No elephant pants, statues or grilled chicken on sticks here. It’s fresh vegetables, live chickens, 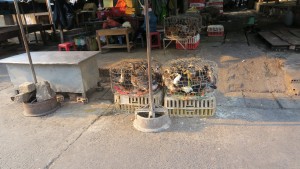 Ducks in tiny cages at the market of Kon Tum

ducks, even fish and very cheap clothing, about two to three sizes too small for me…

As there wasn’t much to do in either town and I was looking forward to going back to the coast to visit Hoi An, Da Nang and Hué, I stayed in Buon Ma Thuot and Kon Tum for only one night each. That meant a lot of driving for three days straight: Nha Trang – Buon Ma Thuot – Kon Tum – Hoi An. About 700 km, with each day being longer, the last one was 280 km! 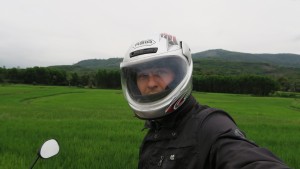 The beautiful scenery made up for the long hours driving though, as I passed through the mountains, the weather would change from one moment to the next. And there’s something about rice fields, that just enthralls me.

After spending so much time with friends, since I’d driven from Ho Chi Minh to Nha Trang with Chelsea and spent a lot of time with friends in Nha Trang itself, it did feel a little bit lonely for a while. The population of Buon Ma Thuot and Kon Tum doesn’t really speak any English and tourists were nowhere to be found. However, I’d soon wish for a little peace and quiet again, as travelers are never really alone…

More on that in my next post on the cities of Hoi An, Da Nang and Hué, where I met both old friends and made new ones.