Bye 2015, The Year That Changed Everything 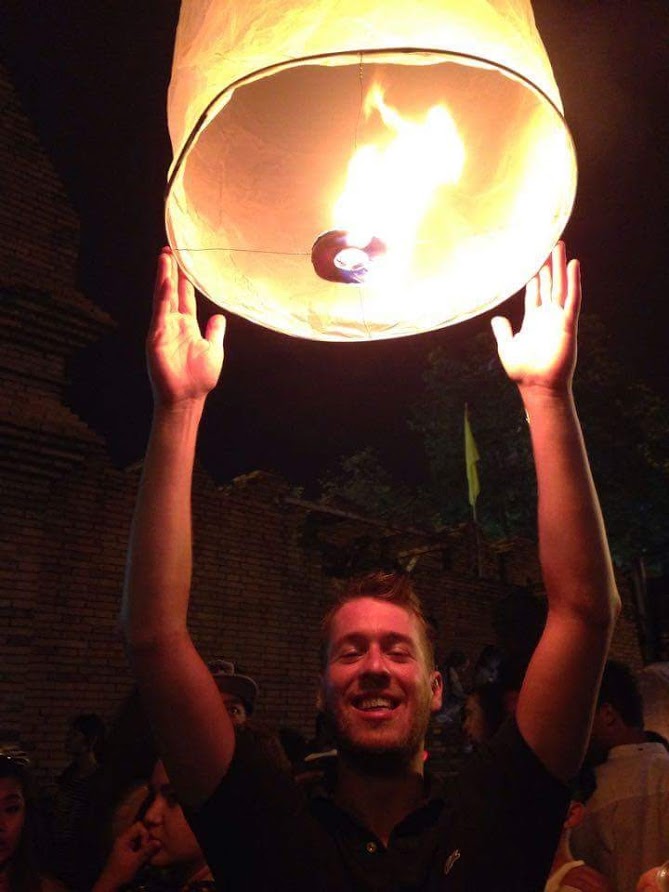 I quit my job, after coming to the realization it was holding me back and I didn’t need the income from it anymore if I were to go do what I always wanted: travel.

And so travel is what I did, although not in the rushed way most people approach it: quit for a few months, travel dozens of countries and then come back “home”. No, I decided to travel by moving to another country, Thailand, and live in the region for months or maybe years.

The business I started in 2014, affiliate marketing, has allowed me to do this. I don’t need a fixed location anymore to earn money. When I realized earlier in 2015 that my affiliate income had become sufficient to live as a Digital Nomad, the decision was easy. And to prevent myself from chickening out (I know myself, there’s always an excuse), I quit my job, cancelled the rent on my apartment and told my parents about my plans, all within the span of 3 days.

And that decision had a huge impact on my motivation to work too. In July, when I quit, I had my most successful month in business ever: I profited almost $12k! Once you make bold decisions, stand by them and take massive action, you build momentum and the impact that can have is huge.

August 28th, 2015, that’s when I flew to Chiang Mai, Thailand and opened a new chapter in my life. My earlier blog posts are all about my experiences here and travelling around the region. The move has definitely changed me as a person, for the better, the environment in the Netherlands had too much negative influences on me. I was addicted to playing video games for years, which caused me to drop out of college and in general become a closed off person. Now, no one believes me when I tell them that, I’ve become very social and outgoing in Thailand.

All this I attribute to investments I’ve made into my personal development.

When I first started an online business, I was exposed to several books and other materials focused more on mindset than business. As most people, I was skeptical initially, but considering I really wanted a change, I delved into it anyway. And it made a huge impact.

While my life has been changed for the better after the decisions I made last year, there are goals I’ve set for myself I’ve not even come close to reaching yet. These goals are broad and range from fitness, to relationships to business.

At a goal-setting workshop organised by fellow Digital Nomads in Chiang Mai last week, an important lessons was to narrow it down to one goal to focus on for this year. As such, my time and energy will be dedicated to creating a consistent income of $10k per month.

Even though I’ve already had a month exceeding that last year, my income is nowhere near consistent. Such is the nature of affiliate marketing I realize. But there are definitely steps I can take to make my income more consistent by focusing more on the long-term.

To reach the goal we broke it down into the habits needed to achieve it and then broke it down further into small daily tasks. So, here’s my daily commitment for 2016: every day I will take one action to create or improve an affiliate campaign.

Guess what? We are 3 days into the year and I’ve already launched a small new test campaign yesterday. This morning I woke up at 5.30 am (it’s Sunday btw…). I’m all alone in co-working space Punspace right now, sipping my 7-11 cappuccino (as no coffee shop is open yet), and guess what I see after I open up my laptop?

I just turned €20 ad-spend on Facebook into $111 revenue on ClickBank in this small test campaign I set up! I know, it may be a fluke or I just got lucky. But for some reason I believe it’s more than that, it’s the Universe telling me I’m on the right path… Here’s me lighting a lantern to a Successful and Happy 2016, for you and everyone on this beautiful planet! 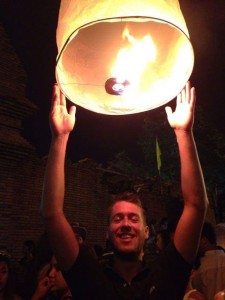 By Reading your post!
We all Internet entrepreneurs can easily relate with your issue of lack of focus and consistent small efforts.

Posts like these remind us that we are human beings and motivation to do good in our respective areas.