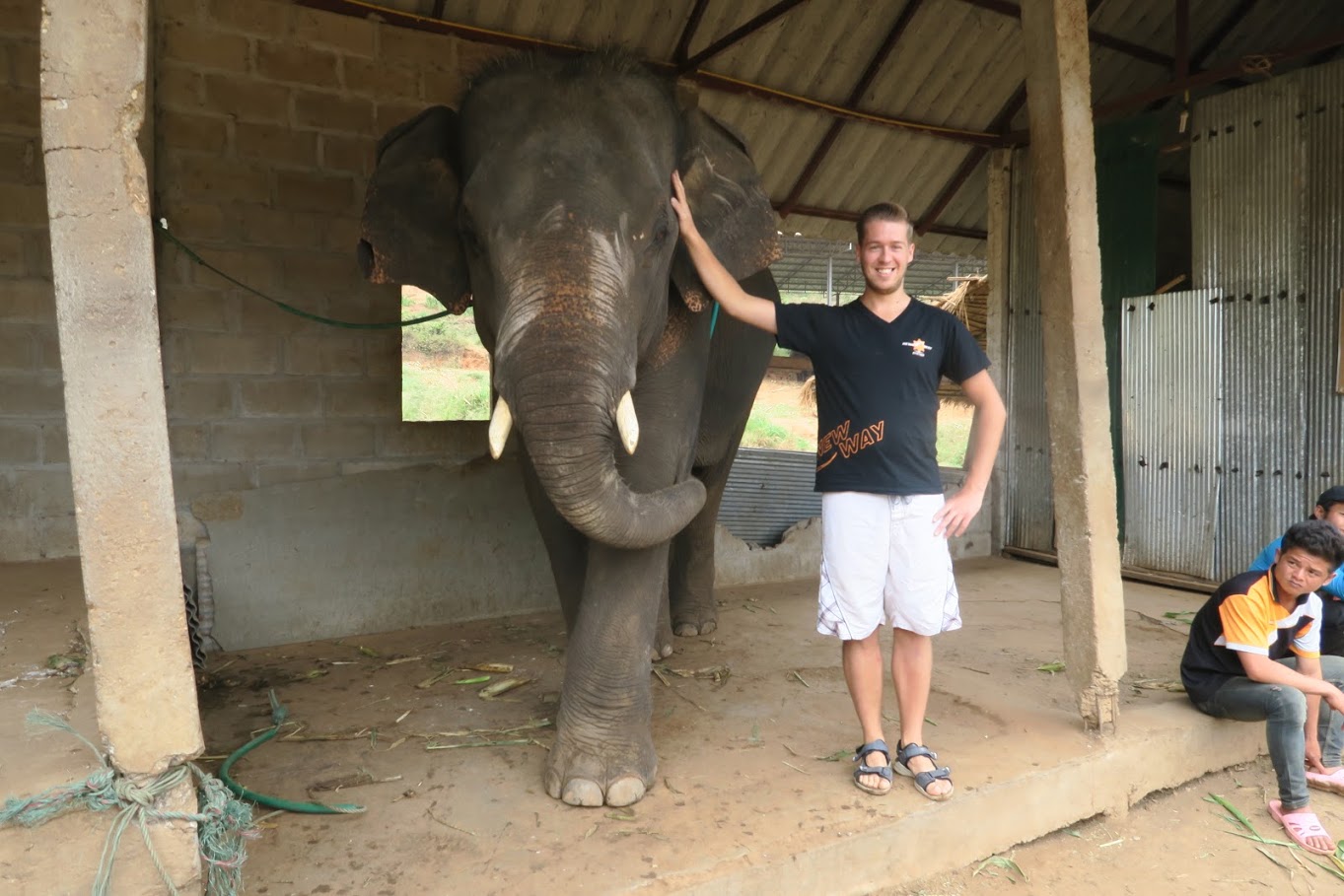 I’ve been living in Chiang Mai, Thailand (with a few breaks) for over 6 months now and it’s time to move on. Tomorrow I will be flying to Ho Chi Minh City, Vietnam.

A new adventure awaits, as I’ll be buying a motorbike (read: scooter, this is South East Asia after all) and crossing the country with it, going from South to North. I’m sure I’ll have some great stories, or at least nice footage, to share later. 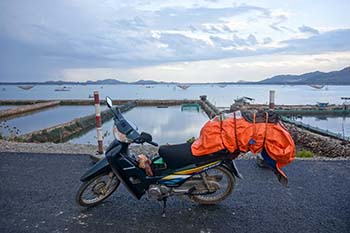 This will most likely be how I’ll be touring Vietnam next month. On an old Honda Wave with my backpack strapped on the back.

Now though, I’d like to reflect on my first 6 months living in another country, another continent, another culture. Yesterday I met up with a fellow Dutchman, who was here on holiday and wanted to know more about the Digital Nomad lifestyle and my decision to move here and start an online business.

This made me thinking, now is a good time to think back on the decision. How did it work out? What did I learn from it? Would I do anything differently? What are my long term goals?

Let me start by saying what I told him: it’s the best decision I’ve ever made.

The last six months have been incredible and I’ve never before had as much fun, as many adventures and met as many new, amazing people.

I’m still super excited when I think about the fact that this is my life now. It’s not a holiday, it’s not a break, a sabbatical, or 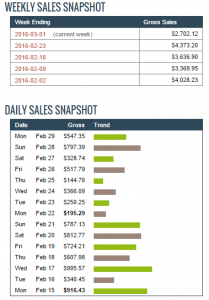 I’m not a huge fan of showing these, but I know people love them. My affiliate marketing on Clickbank is doing really well.

retirement. Those are terms used by people who are still using the old way of thinking: go to school, college, get a 9-5 job to pay off your debts, work until retirement, then enjoy what’s left of life… As a Digital Nomad, I run my own business, which generates me an income, and live off that wherever I want.

My business is doing well, it’s growing and I have a ton of ideas to keep it that way. I’ve made more way money since I’ve moved to Thailand than I spent here, as life is super cheap. My income varies wildly, due to the nature of the affiliate marketing business, but my expenses have never exceeded $2500 in a month, and that was in January when I bought two new cameras and spent a week on Koh Tao, diving, partying and eating luxuriously. My income that month was way higher though, so even when living excessively, money is hardly something to worry about here. 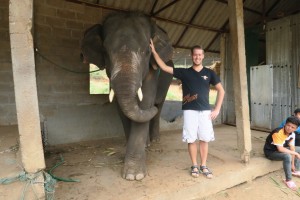 One the activities I still had to do in the last week before leaving: visiting an elephant rescue camp.

Another takeaway is that relationships are far more easily made, but also quickly over, when everyone is continuously travelling. When you move to Chiang Mai and hang out with fellow Digital Nomads, English teachers, or other expats, it’s very easy to make new friends. There are regular meetups, getaways, parties, movie nights and other events open for everyone to attend.

Now that it’s burning season in Chiang Mai, everyone is leaving though. And not everyone is going to the same place, obviously. Which means some of the friends you’ve just made and hung out with for weeks or months you might not see again for a long time, if ever. This is definitely a drawback of the lifestyle and something I’ll have to get used to. Luckily some people are making plans together (I’ll be seeing some of my new friends in Vietnam) or returning to Chiang Mai later this year, where I’m sure I’ll see a lot of the same people again.

As for regrets, I don’t really have many, but a few minor ones come to mind. I overestimated how hard the Thai language would be to learn. Or maybe I just used that as an excuse to be lazy about it. Either way, I should have learned it, it would have made the experience even better. It is super hard to have any meaningful conversation, or connection, with locals in English. Their English isn’t that bad, but usually just functional and they never really open up to you, as they view you as just another tourist, when you address them only in English. Even with some basic Thai it’s so much easier to break that barrier, I’ve seen that with some of my friends that did learn Thai. Their Thai wasn’t nearly fluent, but just a short conversation would make a huge difference.

Something I’m still somewhat learning to deal with is the limited amount of stuff I can own, without a permanent residence. 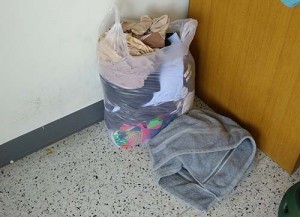 The clothes I’m forced to throw away today. Includes my favorite shirt 🙁 (it’s got a hole)

Even though I’m perfectly happy without a TV, don’t miss my desktop computer nearly as much as I thought I would and am glad I’m not wasting any time playing Xbox games anymore, a 40-liter backpack is SMALL. Especially when it comes to clothing I’m very limited in my choices. I’m throwing away a full garbage bag of clothing today as I’ve accumulated a lot more since I moved to Chiang Mai. Luckily it’s very cheap here and not too much of a waste. But I like to show a little more style in the way I dress than most travelers do, which makes it harder. A polo shirt is significantly bulkier than a T shirt, a dress shirt is incredibly hard to keep wrinkle free and pants are always a compromise between style and functionality (no cargo shorts for me).

Moving on, my motorbike trip through Vietnam is one of those things I’d like to keep doing on a regular basis. Get away from the comforts and ease of life in the city, be adventurous, but for a short while, so I can easily get back and work on my business again. I’m thinking hiking in Nepal, surfing in Indonesia, diving in the Philippines, a martial arts retreat in either China or Japan.

After Asia I’ll most likely be going to South America. I’ve never been to the Americas and I’d love to learn Spanish and live in a large region where one language will allow you to communicate everywhere (except Brazil).

I don’t really like to have a “bucket list” and don’t really plan any further than the next one-way flight, but those are just a few things that came to mind, that I might or might not do in the next few months/years. Who knows really… I’ve only been doing this for 6 months but already feel like I’ve done more interesting and cool stuff in that time than in the 8 years before.

Business wise, I’m going to be focused on launching my own course on Affiliate Marketing with Facebook PPC this year. Once I’m done with biking through Vietnam I’ll settle in Nha Trang for a bit and create my MVP (minimum viable product), probably through the use of webinars and case studies. Do you want to learn affiliate marketing yourself? This is a good list to help you find the best affiliate marketing course.