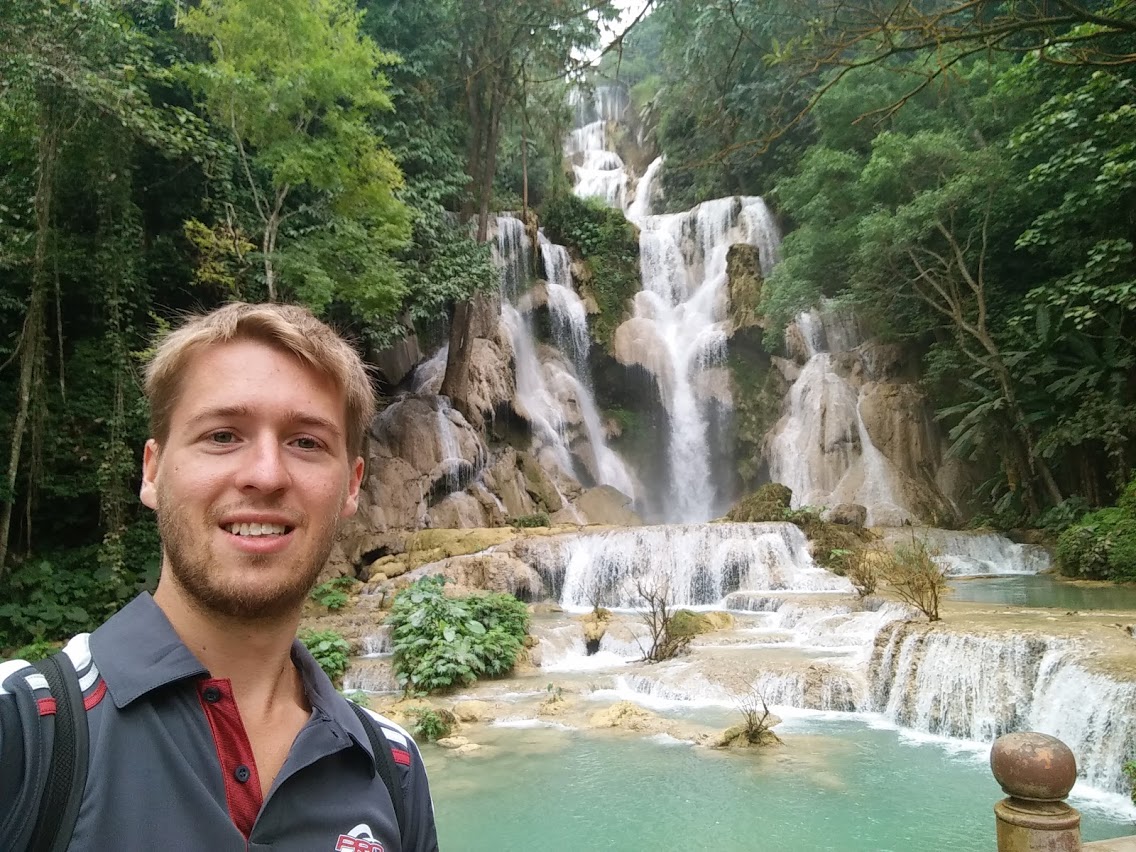 Yes I’ve had a blast travelling as a backpacker for two weeks. It was a totally new experience for me.
Even though I’ve been “travelling” to Chiang Mai, Thailand and have had a few vacations (Pai, Kho Tao, Kho Pah Ngan), this was very different.

In Thailand, I hang out with other Digital Nomads: they combine travel with work and usually stick around for months in the same place. When backpacking through Laos I was suddenly in the company of shorter term travelers. They move from place to place, usually staying in hostels and still consider their home country their home. Also, they drink, a lot… So I drank, a lot…
We’ve had lots of fun and I quickly made a couple of friends who were travelling roughly the same route over the course of those two weeks. My pace was a little fast though, since I had to catch a flight from Pnohm Penh, Cambodia to Bangkok after only 2 weeks. 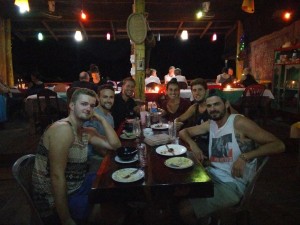 Dinner with my fellow travelers in Pak Beng, Laos, during the slow boat trip

This meant I spent only 2 days in Cambodia unfortunately, one in Siem Reap to see Angkor Wat and the surrounding temples, one in Pnohm Penh, to see the killing fields and the king’s palace.

I had a lot more time in Laos, where I almost instantly fell in love with the nature. I already wrote about this in my earlier post on the slow boat trip across the Mekong: the mountains and jungle are super impressive. I’m sure there’s only a few countries left in the world that are so wild and untamed, with such a small population there’s hardly any cities or even big towns. 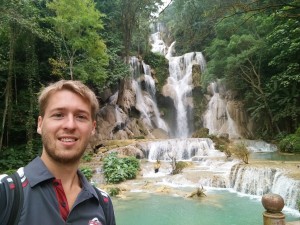 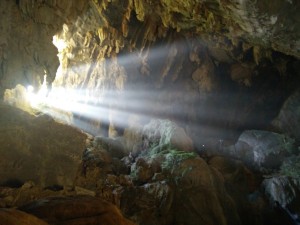 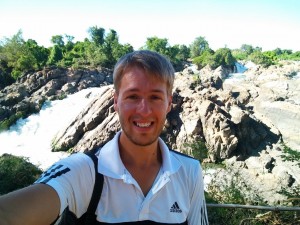 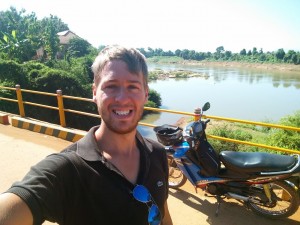 Laos’ nature is impressive, with the Kuang Si Waterfalls near Luang Prabang as the absolute highlight!

So, big plus for Laos: nature. However, if I ever were to go back to Laos, it would only be for that reason, I’d go hiking or biking, but never to the cities again. The people of Laos are not just unfriendly, they’re plain rude. In Thailand, even if someone is clearly interested in your money (vendors), they always put on a smile and happily engage in some friendly bartering. Not in Laos, they will take you for whatever you have and are hardly able to thank you for it. I’m sorry if I sound harsh but everywhere I went I felt like I got ripped off, since I’m sure I paid four times the “local” price for almost everything. In Thailand it’s very possible to get a meal at a local price from street vendors (30-40 baht, about $1), not in Laos, you pay double at least… And the quality of the food was mediocre at best, not even close to Thailand, even though most dishes were similar.

I did not let that stop me from having a great time though. Especially due to my fellow travelers, I’ve had a ton of fun in:

Luang Prabang: visit the waterfall, climb the mountain and visit the beautiful Utopia bar at night
Vang Vieng: tubing of course, but also caving and biking
Pakse: rent a motorbike and drive around
Don Det: riverside in a hammock at sunrise, sunset or just drink and smoke at one of the many riverside bars, go for a bike ride to nearby Don Khun and see the waterfalls.

I was in Cambodia only for two days as I said, so it’s really hard for me to judge the country in such a short amount of time. I was only in Siem Reap and Pnohm Penh, so didn’t get to see much of the nature. However, after Laos, it was nice to be in actual cities again, with some semblance of civilization and an actual economy that doesn’t rely solely on ripping off tourists.

Of course I did the Angkor Wat by sunrise (yes I’m an early riser, especially when there’s a good reason to get up before 5 am), along with 10,000 other people… 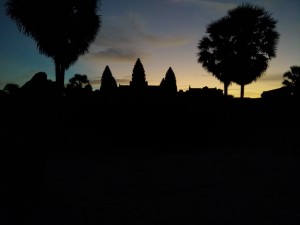 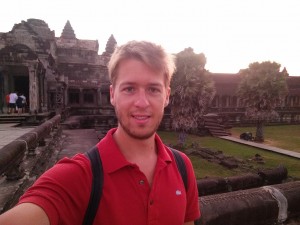 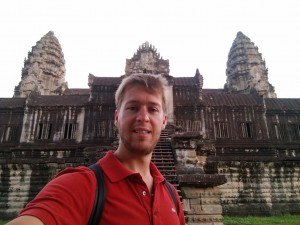 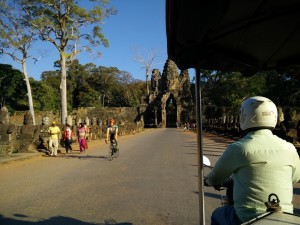 Yes it’s very touristy, but Angkor Wat by sunrise is so worth it, you have to see this…

The Killing Fields of Pnohm Penh were impressive and sad, I did not take any pictures there though. It was allowed but I felt it disrespectful and wasn’t in the mood for it at the time anyway.

If you want to see all my pictures from Laos and Cambodia, you can check them out on Google Photos:

https://goo.gl/photos/13tCpdekMa51SZnQ6 (Laos & some pictures from the trip there in Thailand)

Also, I’ve shot a ton of video footage I have to go through to edit and publish, but here’s the first of a series of personal development videos I’m shooting while traveling in awesome places:

I loved watching your video and seeing you put your teaching into action! Your frankness and honesty made me laugh out loud at some parts (in a good way). I’m looking forward to watching the next episode! Have a safe trip back to Chiang Mai!

I love the knowledge on your web sites. Thanks a lot! https://happywheelsrr.wordpress.com

Oh my goodness! Amazing article dude! Many thanks, However I am going
through troubles with your RSS. I don’t know why I can’t join it.
Is there anybody getting similar RSS issues? Anybody who knows the solution will you kindly respond?
Thanx!!